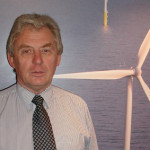 Rod Blunden is a Chartered Engineer, a Fellow of the Energy Institute and a Member of the Institution of Civil Engineers. He has spent a long career in major contractor organisations on energy and related civil engineering projects in senior positions both in the UK and overseas. During a period of 14 years with National Wind Power (now part of RWE) he had responsibility, as Head of Projects and Procurement, for the construction of some 21 wind farms and subsequent involvement in the planning and development of many more projects. He is now Director of an independent renewable energy consultancy specialising in wind energy and related H&S activity. He was a founder member of the BWEA (now RenewableUK) H&S Steering Group and held a position here for 15 years.

He was elected to the Board of Westmill in March 2007 and has taken responsibility for its successful construction and its subsequent operations. He remains a member of the Energy Institute Membership Panel and RenewableUK.

Rod lives in the Chilterns area where he is involved with conservation in his spare time. 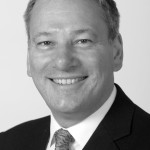 Nick Jones is a Solicitor and a member of the Law Society of Scotland. He has had a long career in private practice and is a partner and Head of Energy at MacRoberts, a Scottish Law Firm with offices in Edinburgh and Glasgow. He has over 20 years experience in all aspects of commercial property work including property development, acquisitions, disposals, commercial leasing, security and investment work. For the last 12 years his practice has increasingly focussed on the renewables sector, especially onshore wind farm development.

He is a member of the Scottish Renewables Onshore Wind Group and the Scottish Property Federation Building Standards and Sustainability Working Group.

Nick lives in Edinburgh with his wife and three children.

Mike is a solicitor specialising in corporate and commercial law and was a partner at Lawrence Graham in London for more than 20 years. Mike joined the board of Energy4All as a non executive director responsible for legal affairs in 2008. Passionately concerned about the environment, Mike chairs the board of Friends of the Earth Trust. Mike was also a co-founder of Keepsafe Limited, which grew to become a substantial self-storage warehouse business, and of The Arbory Trust, a pioneering woodland burial site.

News from other E4A Co-ops

ENERGY4ALL
CO-OPS
Below are links to some of the other Co-ops in the Energy4all family: